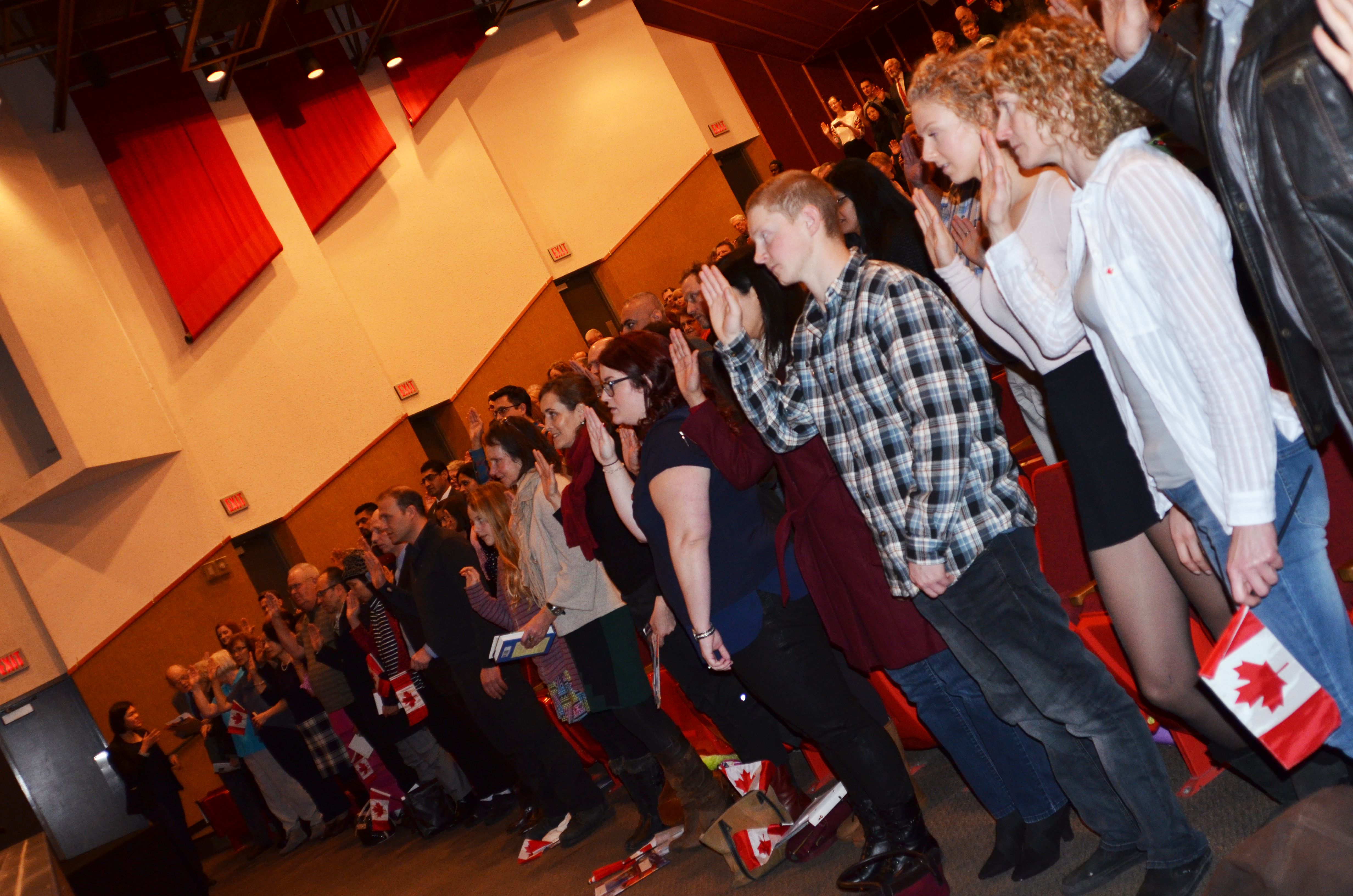 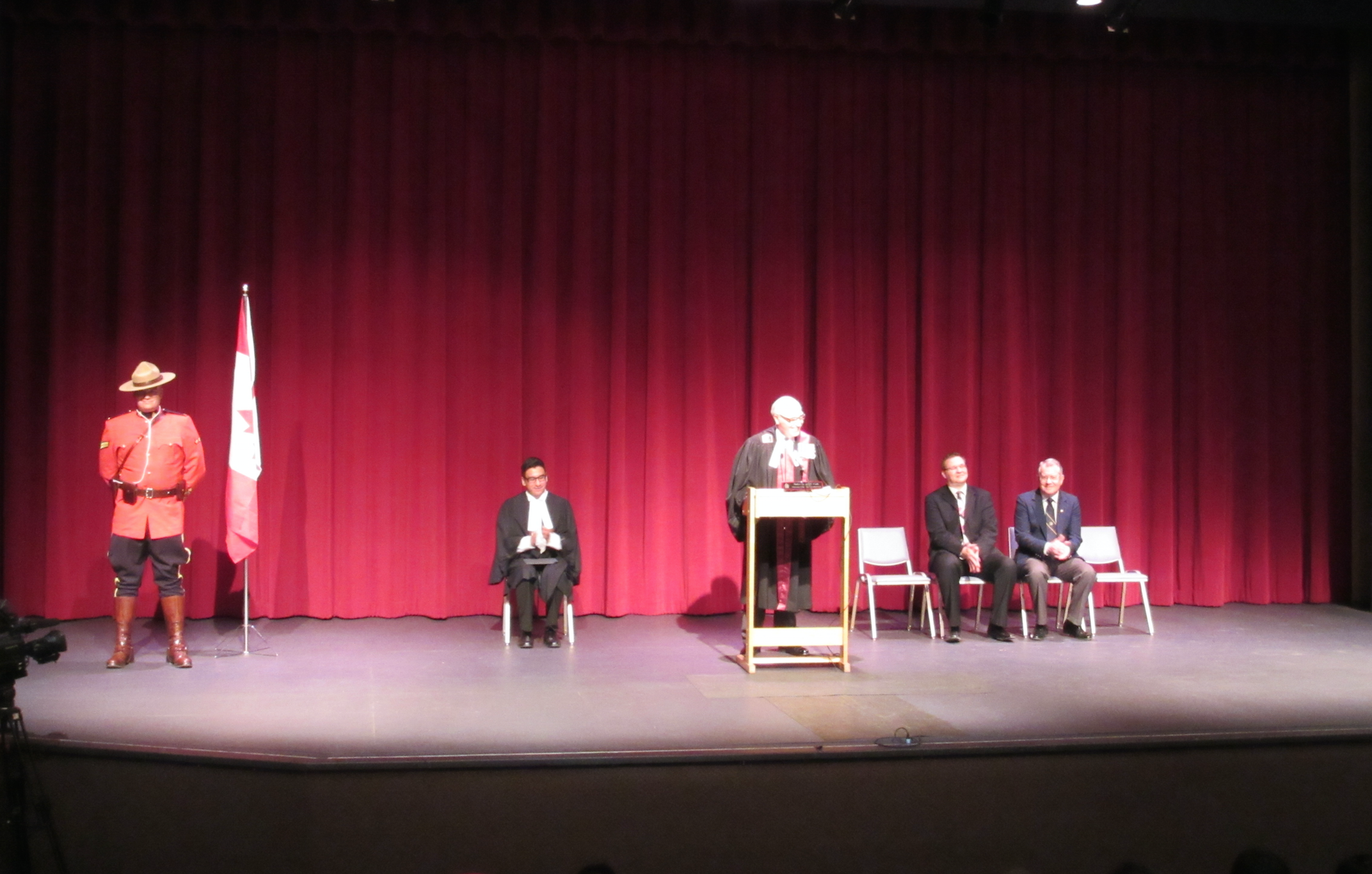 Tuesday, March 10th 2015, SOICS hosted its 1st Annual Citizenship Ceremony where 56 new Citizens from 18 different countries were sworn in to begin a new chapter in their lives. In the presence of friends and families, these immigrants were invited to the Cleland Theatre to take the oath. SOICS brought out its flag collection for this event and lined them up alphabetically in the lobby as a tribute to all of the immigrants who chose Canada and specifically the Okanagan to bring up their families. 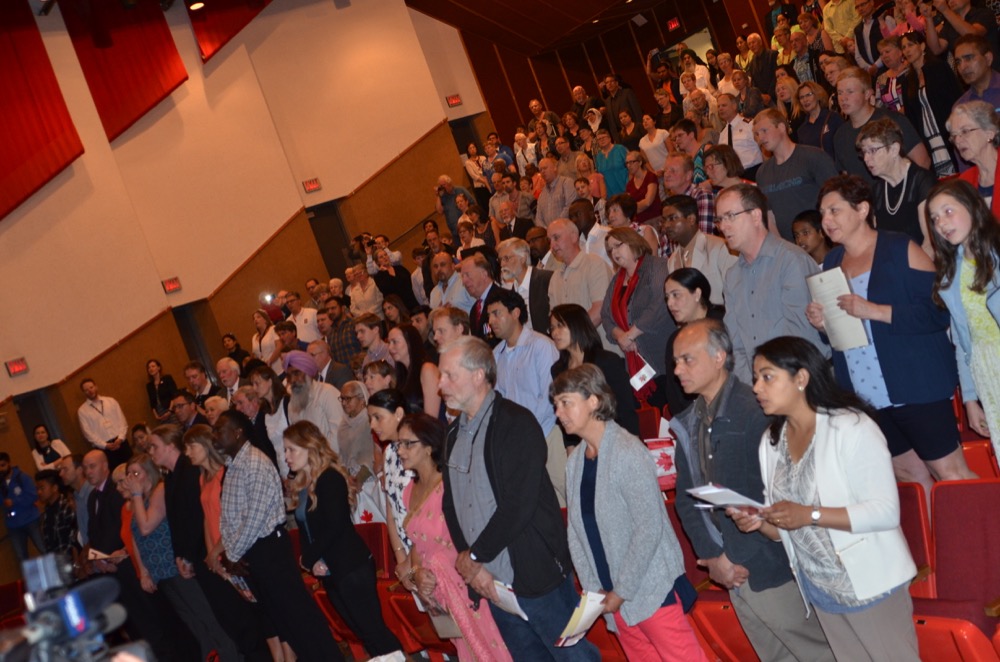 Thursday, June 1, 2017, SOICS hosted its 3rd Annual Citizenship Ceremony where a total of 87 new Citizens were sworn in.